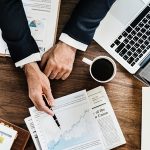 We welcome the appointment of Baroness Brown, but are shocked that it has taken nearly 3 years just to reach the point at the CPCA can announce  “starting gun fired”.  The Commission will need to move a great deal faster than this if it is to help our region meaningfully address the looming climate crisis.

In providing the CPCA with advice on how to “reduce carbon emissions and protect our natural environment” it is vital that the CPCA Climate Commission is broad in its scope and bold in its proposals. The CPCA must act with urgency on its recommendations so we get on track to achieve a genuine, science based Net Zero well before 2050.  As the catastrophe of Covid-19 has shown, when faced with existential risks such as climate change or pandemic disease, complacency is unforgiveable.

We must now build a Green Recovery from covid-19, that its cleaner, fairer, healthier and safer for all.

Our recommendations for the role of the CPCA Climate Commission.

We are calling for the establishment of an independent Climate Commission for the Combined Authority of Cambridgeshire & Peterborough. This would mirror on a regional scale many of the activities of the widely-respected national Committee on Climate Change. Similar regional bodies have already been established in Leeds (Leeds Climate Commission) and the West Midlands (Energy Innovation Commission).

A Climate Commission is needed to ensure that the Combined Authority region maximises the potential of the economic and employment opportunities offered by the UK Government’s Clean Growth Strategy. At the same time it will ensure that the region meets its fair obligations in terms of reducing its Carbon Dioxide (CO2) emissions as well as protecting the local population from the expected consequences of climate change.

The Combined Authority region is home to a considerable amount of academic and business talent which can be brought to bear to tackle the following strategic issues:

We have broad-brush data showing how Production Emissions of the Combined Authority (CA) region have varied between 2005-2015. The Commission would update this work, investigate in more detail the causes of these emissions and also estimate Consumption Emissions for the CA region.

The Commission would determine appropriate carbon budgets for the CA region  and offer advice on how these can be met. This work determines the amount of Carbon Dioxide (CO2) and other greenhouse gases which the region can emit for each budget period.

A changing climate, including extreme weather events, is inevitable in the CA region because of the greenhouse gases that have already been emitted. The Commission would assess the risks to the region and advise on the adaptation measures necessary to protect lives and critical infrastructure.

The Commission would enagage widely in order to share information and analysis with all interested individuals and organisations. It would also foster collaboration between organisations in order to ensure best practise in reducing emissions and in developing climate resilience.