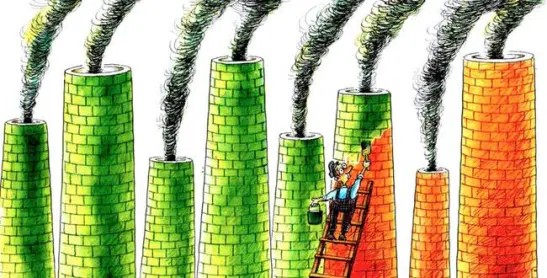 As pressure grows to meet Net Zero Targets, there are a lot of claims around about organisation being on the way to Zero Carbon, “Net Zero” or “Carbon Neutral”. The problem is that there is  a lot of confusion about what the terms mean, and a lot of greenwash mixed in with these claims

So here’s my guide as to what the terms mean and how to spot the greenwash.

“We’re Zero Carbon” This is good.  There are no emissions, at least in theory …..

Many of the things that are most contribute to happiness and wellbeing can genuinely be Zero Carbon: For example, socialising, culture, sports and nature can all be enjoyed with extremely low carbon emissions.

However, when an organisation says its Zero Carbon, its important to know how they think they’ve done it. For example, when Highways England calculated the carbon emissions from the A14 improvement scheme between Cambridge and Huntingdon, they calculated that the additional traffic would generate 4 million tonnes of carbon emissions. They then ignored it with a neat slight of hand stating that “while, considered in isolation, individual [road building] schemes may result in an increase in CO2 emissions, the Government’s overarching plan for reducing carbon emissions will ensure that any such increases do not compromise its overall CO2 reduction commitment”

This sort of slight of hand is all too common, which is why it’s important for community activists to delve into the details and publicise the double speak.

“We’re working towards Net Zero.”  This is currently about as good as it gets, especially if it’s based on a “Science Based Target”.  It means that the organisation (probably a large global corporation) has defined a detailed decarbonisation pathway that has been validated and agreed by the independent Science Based Targets Initiative (SBTi)

This was set up a few years ago by WWF, WRI and CDM, and does a thorough job.  It requires the target to be within the next 10-15 years, so it encourages action now, rather than procrastination until some distant Net Zero target date. The best targets are based on a pathway to limit the global temperature rise to 1.5C, although some organisations are only limiting themselves to a 2C rise.

The scope is broad, so firstly the organisation has to calculate and account for the direct carbon emissions from its own operations. These are usually largely from the fuel and electricity it uses, (in the jargon these are referred to as Scope 1 and 2 emissions) The organisation then has to set targets to reduce them, as well as the indirect or “Scope 3” carbon emissions from its whole “Value Chain.” This Value Chain extends from its suppliers through to its customers. It is inevitably more complicated to calculate than scope 1 and 2, but can be far more important.

In July 2019, Cambridge University proudly proclaimed that it was the first university to have set a 1.5C Science based Target.  So far the target is only for their scope 1 and 2 emission, but this is a good start. They have committed to include their scope 3 emissions too (for example from business travel and supplies to the various departments)  It won’t include student and academic travel, because these are deemed to be the responsibility of the individual Colleges.  We now need the colleges to sign up to science based targets too..

The Science Based Targets Initiative works on a sector basis, and recognises that in some sectors, such as aviation, or concrete or steel manufacture, there are currently no viable ways to completely decarbonise. To get round this problem, in each sector it defines areas of “hard to decarbonise” emissions that can be compensated for with certified Greenhouse Gas Removals (GGR)   Note that it requires emissions to be “removed” not just “avoided.” This is the difference between paying someone to plant new trees (which slowly absorb carbon as they grow), and making a much cheaper “offset” payment to someone who promises that they won’t cut down existing trees.

Microsoft has clear and well explained programme to achieve Net Zero by 2030, across its whole supply chain.   This includes their scope 3 emissions, which is good, but they’re assuming a lot of Greenhouse gas removal. The technology to do greenhouse gas removal at scale doesn’t yet exist, so they’re promising to put $1Billion into a new Innovation Fund to help develop cost effective technology to help Greenhouse Gas Removals. 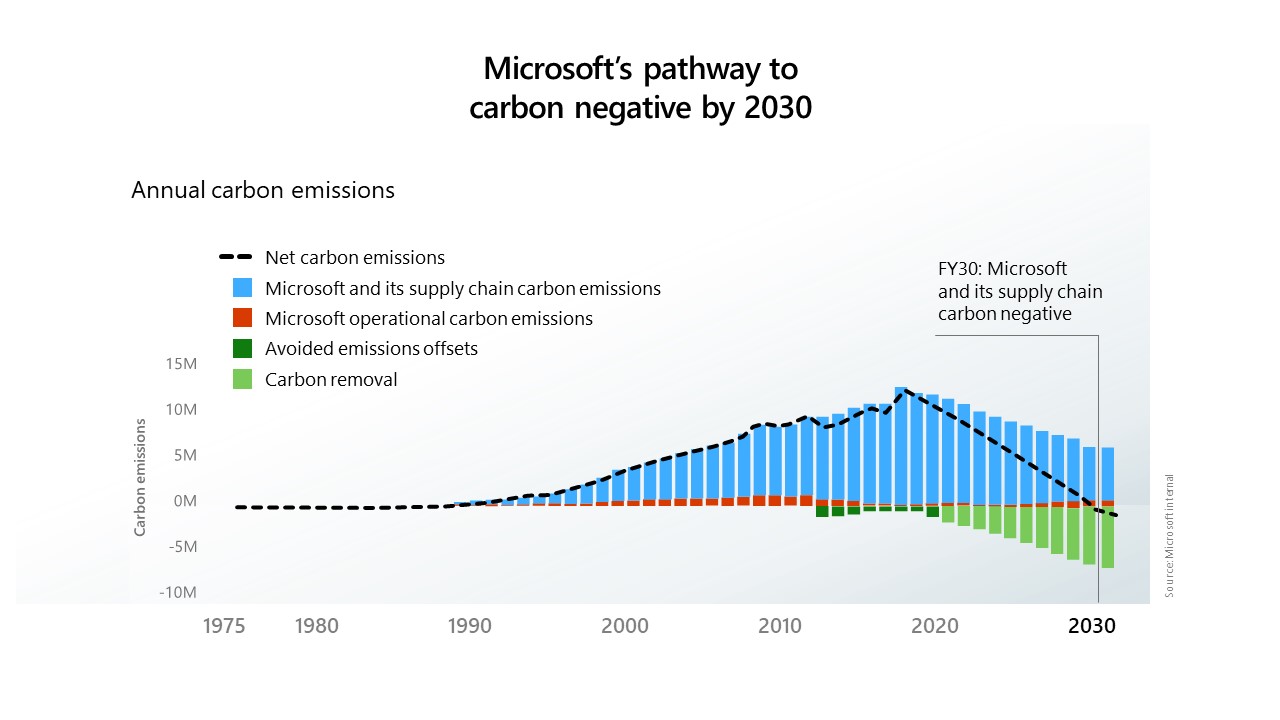 Microsoft have clearly recognised the business benefit of being seen as a low carbon leader, and one has to applaud this. However given the uncertainty about how large scale removals will work, it’s easy to see why leading experts such as The Tyndall Centre’s Professor Kevin Anderson refer to “Net Zero” as “Not Zero”!

Tree planting is particularly  dodgy: For example, in 2021, many of the forests bought by US corporations as offsets went up in smoke during the intense wildfire season.  “We’ve bought forest offsets that are now burning,” Elizabeth Willmott, Microsoft’s carbon program manager, said at an event hosted by Carbon180, a non-profit focused on carbon removal.

The Science Based Targets Initiative is a sound and strong, industry focussed approach, but the problem is that it does nothing to encourage a company to move away from selling things that inherently involve a lot of carbon emissions.

This is why consumer and campaigner pressure is very important, for example, to persuade an oil company to move into renewables, or to persuade a fashion retailer to stop selling fast fashion thats designed to be worn only once.

“We’re Carbon Neutral”  This is a commonly used term which is defined by a British Standard (PAS 2060) but is actually its surprisingly weak. It merely means that the organisation knows its carbon footprint and has implemented a plan to manage it. It is allowed to get to “Carbon Neutrality” by offsetting its excess emissions. The vagueness means that it can imply strong action (as in the case of Carbon Neutral Cambridge), but can also be very dodgy..

There are several problems.

Firstly that potentially ALL the organisations carbon emissions could be offset with no attempt made to reduce emissions at all.

The second problem is that some of the offset schemes are near scams, costing as little as 0.5$/Tonne Compare this to $400/tonne, which is the estimated cost of the damage done by emitting a tonne of CO2. Offsets can be very cheap because they are often paying for nominally “avoided” emissions, rather than for the more expensive process of actually removing emissions.

The other problem is that it’s calculating the avoided emissions by comparing the expected or actual emissions with a nominal “business as usual” emissions. It’s complicated to define what would have happened anyway and hence to decide how much has actually been avoided. It’s not even clear whether “business as usual” means the best-in-class current business practise, or the average?  The uncertainty can produce some quite misleading results.

For example, imagine a developer builds an estate of PassivHaus houses  (these are very well insulated new houses with very much lower carbon emissions than normal new houses).  The developer would probably be allowed to call the estate Carbon Neutral, even though the atmostphere would still be receiving far more carbon emissions  than if the houses hadn’t been built.

My advice to campaigners is that when an organisation says they’re Carbon Neutral or that they have a Net Zero target date, don’t just hassle them about the target date.  Demand that they’re open and transparent about the detail too.  Ask questions like these: