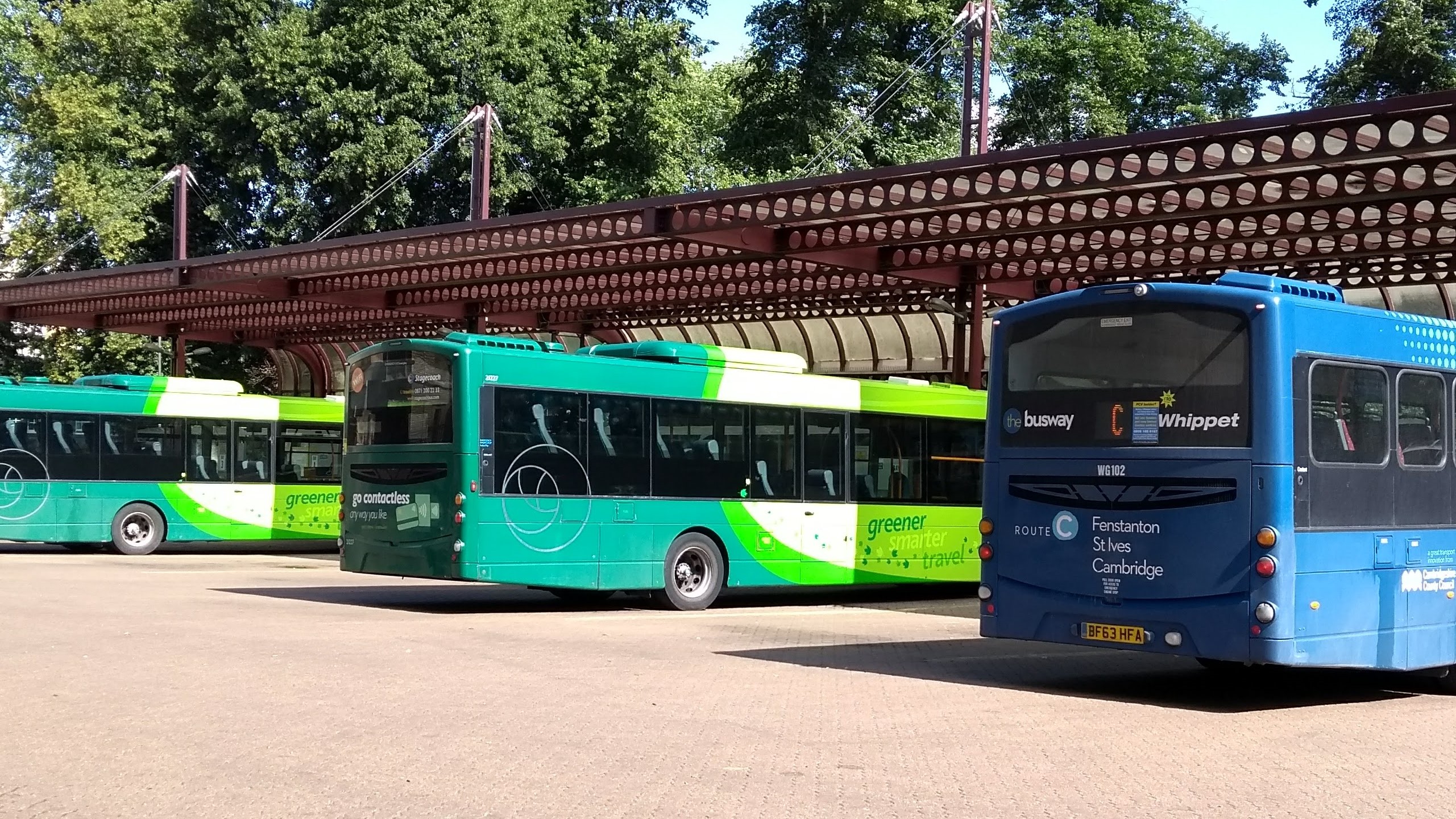 As the threats from Climate Change become ever more worrying, we’re pleased to see that at last we have a clear and apparently fair proposal from Greater Cambridge Partnership to establish a Sustainable Travel Zone in Cambridge.

The proposed STZ starts in 2023 by dramatically improving public transport, with more bus routes, buses running from 5am to 1am and 8 buses an hour on key routes.  Then from 2024 bus fares would be reduced to £1.

The improvements would be paid for by a £50 Million up front investment. Then, from 2026, there would be a £5 daily charge for non-exempt cars used in the zone between 7am and 7pm.  (CamCycle have written a good blog article here summarising the details of the scheme)

We think this is an exciting opportunity to make our city fairer, healthier and lower carbon.

Currently its deeply unfair that inadequate public transport means that so many people are pushed into having to use their cars to get to work in Cambridge (unless they’re lucky, rich or healthy enough to live within cycling distance).  Congestion in Greater Cambridge is amongst the worst in the UK.

Cars are expensive to own and run, and people waste hours sitting in traffic jams, just trying to get to work from surrounding villages.  GCP estimate that the scheme would halve Cambridge’s traffic, making travelling into Cambridge dramatically faster for everyone. I suspect many drivers would consider this timesaving a bargain at just £5: less than the cost of parking for a couple of hours in the Grand Arcade car park.

As transport is about 20% of Cambridge’s carbon emissions, we’d expect this to reduce the city’s total emissions by about 10%. Although Cambridge’s emissions have been falling for the last few years, we need to do a lot more to get to Net Zero.

It should also improve health. Last year, 21 deaths in Greater Cambridge were attributable to air pollution, mostly from traffic, and its often the poorest people that live on the most polluted streets. Reducing traffic will also make cycling, walking and using e-scooters safer and more pleasant.

We are pleased that there will be exemptions from the charge for people on low incomes and blue badge holders, but we quite understand that some people are anxious about it. Clearly some will be disadvantaged, but as we all change what we do in response to the scheme, new opportunities arise.

For example, car club cars will be exempt, which will encourage people to try them out. Some will then discover that switching from a private car to a car club car saves money as well as reducing the hassle of owning a car.  We’d also hope that it would encourage Cambridge’s schools to collaborate to run buses (as Cambridge University does) so pupils can get to school without needing to be ferried by their parents.

We think the scheme is a good proposal, to help make Cambridge fairer, healthier and lower carbon.

It is something we can do, so we must.

Do respond to GCP’s consultation here http://tinyurl.com/STZ-survey before the deadline of 23 December 2022