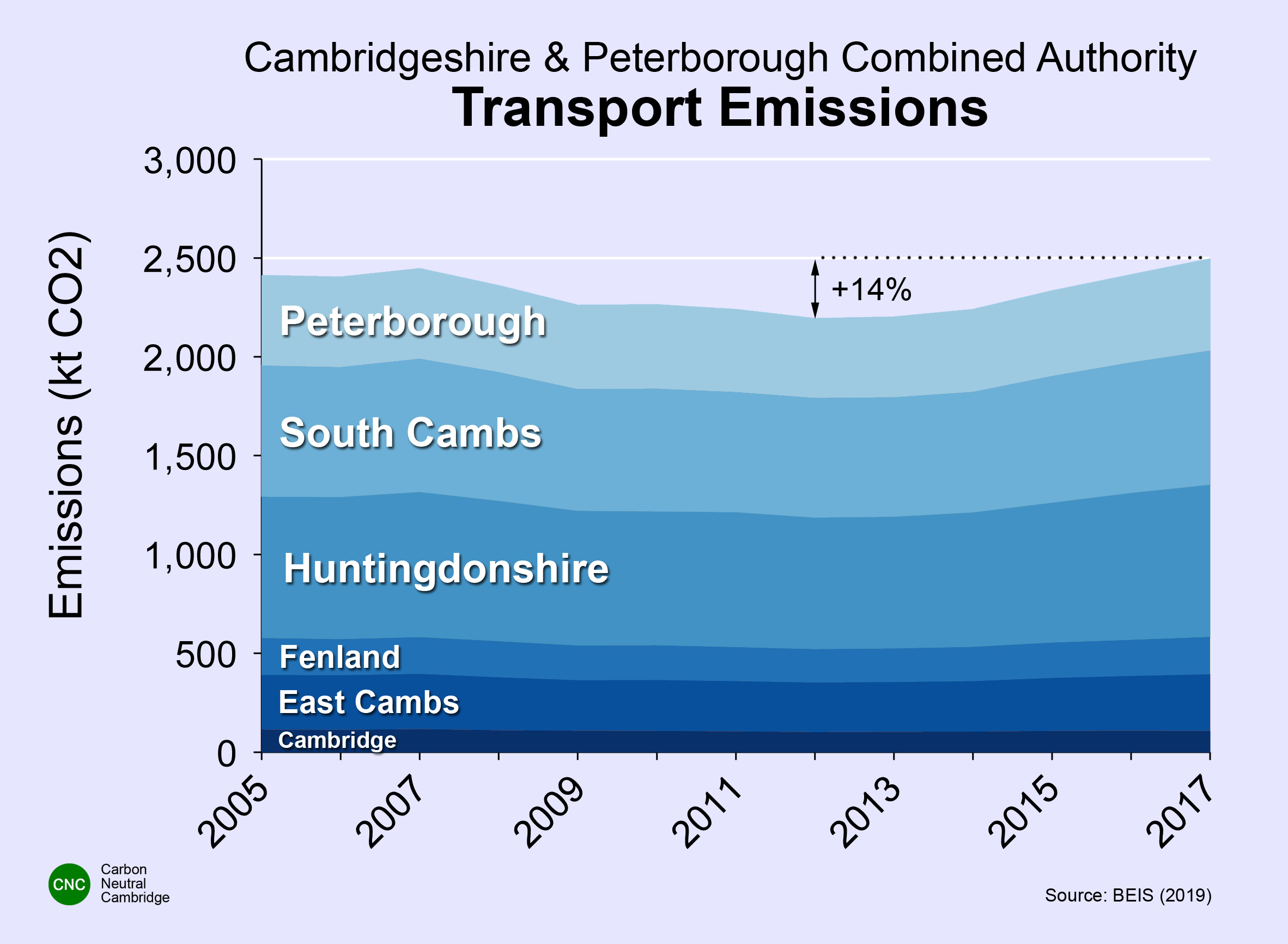 The future framework of transportation within Cambridgeshire could be decided by two events taking place before year end.

The Cambridgeshire & Peterborough Combined Authority (CPCA) local transport plan (LTP) went out for consultation in June and is accepting comments up until September 27, 2019. Implementing the LTP is important to the CPCA in order that they can achieve their oft-mentioned ambitions for growth. They seem to see it as primarly a means of better linking sites of housing and employment set against the background of an expanding workforce.

But what of its environmental ambitions and credentials? The exact same phrase – “Reduce emissions to as close to zero as possible to minimise the impact of transport and travel on climate change” – is repeated 17 times. This could mean that tackling climate change is deeply embedded into the psyche of the CPCA, but more likely means that they’re handy with ‘copy and paste’.

Transport is responsible for 44 per cent of overall CO2 emissions from the CPCA region, and is the largest contributing sector. For the period 2012-2017, transport emissions from the CPCA region rose by a staggering 14%. If we are to meet local and national climate goals, this trend of growing emissions across the CPCA has to be rapidly changed to one of sharp decline. The CPCA’s LTP, as it currently stands, provides little clue or confidence that this will be the case.

Meanwhile, the Greater Cambridge Partnership (GCP) has scheduled a Citizens’ Assembly for September/October to consider how they can “reduce congestion, improve air quality, and provide better public transport in Greater Cambridge”.

Recommendations from the Citizens’ Assembly are due to be presented to (but not necessarily enacted by) the GCP’s board in November/December 2019.

That the question the GCP’s Citizens’ Assembly is being asked to address fails to mention the necessity of dramatically reducing transportation CO2 emissions is telling. As is the make-up of their advisory board. This has led to real concerns about the efficacy of the Citizens Assembly, as a result of which Extinction Rebellion Cambridge announced that they “cannot support this Citizens’ Assembly as currently constructed”.

Whether the transport plans being developed by the GCP will be consistent with those of the CPCA is anyone’s guess. Yet both require robust plans which rapidly and dramatically reduce CO2 emissions from transportation. Without that the constituent local councils’ climate ambitions will be in tatters.

This article by Tony Eva was first published in the Cambridge Independent on 4 September 2019.