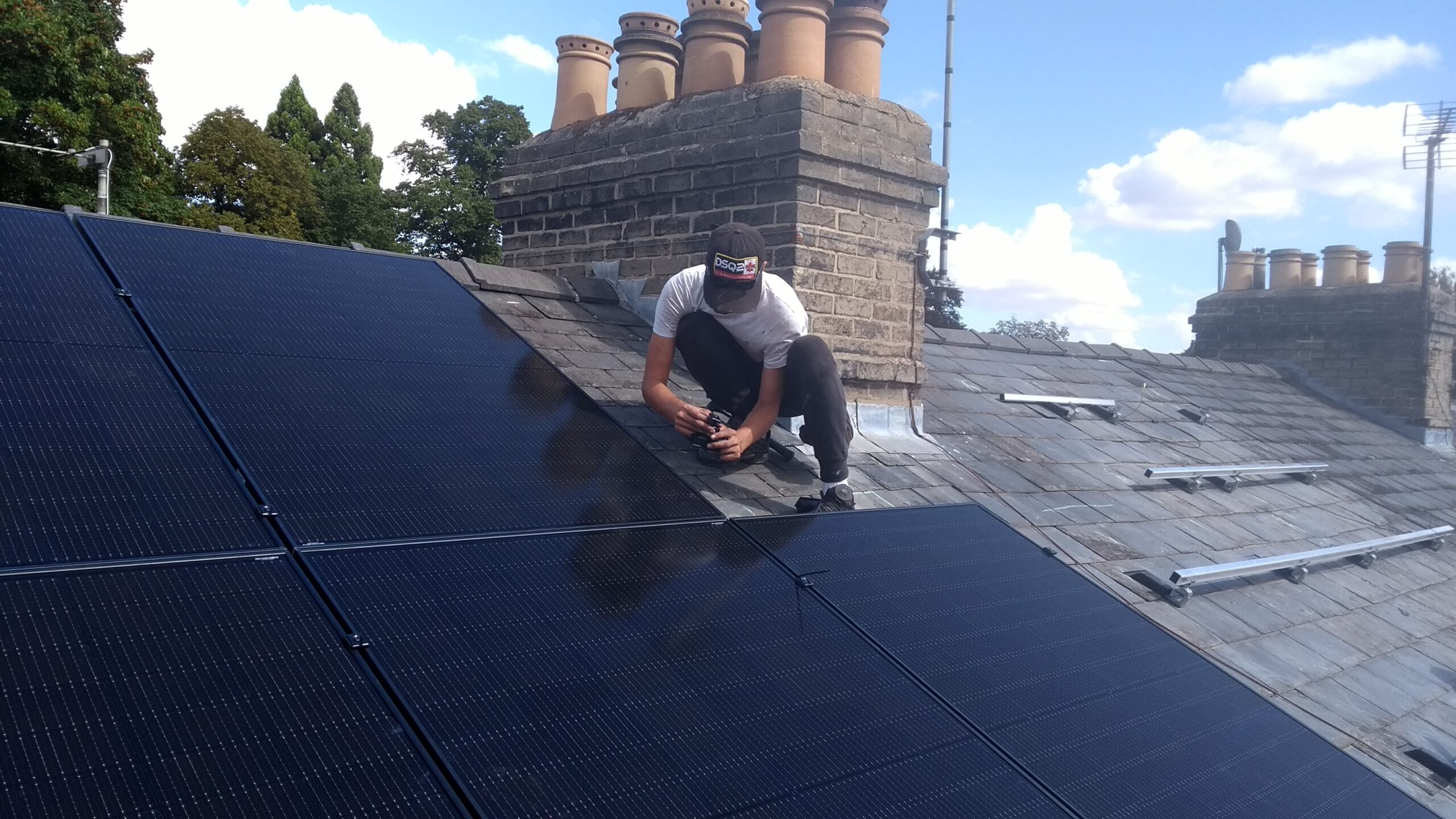 Earlier today it felt like “the best of times”. I was up on the scaffolding watching Cambridgeshire’s Solar Together Scheme install solar panels on my roof (and on 2 of my neighbours’ roofs).  A few minutes later the panels were producing more power than we needed, exporting power to the grid, and steadily reducing the electricity bill in the process.

Thousands of solar panels and energy efficiency measures are being installed all across Cambridge, which is exactly what needs to happen.

However it can simultaneously feel like the worst of times, an age of foolishness and despair.

We have war on the borders of Europe, resulting in massive shortages and price hikes in both energy and food.  Our foolish dependency on Russian oil and gas puts us under Putin’s thumb. And simultaneously the skyrocketing prices are funding his war and stimulating yet more drilling of oil and gas.

We can’t afford this. Climate change is already at crisis point.

One third of Pakistan is underwater, flooded by a devastating combination of climate change induced extreme rainfall and glacier melt. Both of these are at least in part due to the extreme heatwave of previous months, when at times temperatures in India and Pakistan were over 50C and barely survivable.

As a recent report “Climate Endgame” from Cambridge’s Centre for Study of Existential Risk pointed out, risks “cascade”. Climate change causes crop failures and damages infrastructure and these increase poverty, disease, migration and conflict. These in turn cause further economic crises and state fragility, which make it harder for states to respond to future crises.

As India and Pakistan rank high on the global climate risk index, both have nuclear weapons and the region is already unstable, the casade of risks in the region could well have catastrophic global impacts.

As I write we’re still awaiting news of our new prime minister, chosen by less than 0.4% of the electorate (and overwhelmingly white, male and elderly).  Neither candidate is addressing the economic, energy and climate crises.

Who can tell what they’ll say or do when they finally have to answer to the full electorate, but it is extremely concerning that both Liz Truss and Rishi Sunak have close links to fossil fuel companies. Between them, they promise to revive fracking, ban solar and onshore wind, and remove green levies. Neither have included renewables or energy efficiency in their vision for energy security.

Whoever becomes our new Prime Minister, our response to climate change is in peril.

It’s clear that we have a fight on our hands.

Do register for our online AGM, lunchtime 17th October, with Richard Hales, Energy and Sustainability Manager at Addenbrookes